We’ve all had red skin at some point in our lives. Temporary redness can come from embarrassment (blushing) or a menopausal hot flush. However, more lasting redness can be due to a range of reasons including sunburn or a reaction to alcohol, as well various skin conditions. This redness, known as erythema, can be caused by dry or sensitive skin. It can also be due to an underlying skin condition such as eczema or contact dermatitis – or an infection.

You’ll probably find that you have other symptoms alongside the redness, acting as clues to help you, or your healthcare practitioner, identify what the problem is.

The reason for skin redness is sometimes obvious but on other occasions, it might be less clear. It might be because you have dry skin, it could be a reaction to an allergen or irritant and/or due to a skin infection.

Dry skin develops if you don’t have enough moisture or oils in your skin. Although it’s more common in older people, anyone can develop dry skin as a reaction to our environment, the clothes we wear and everyday products that we use. Mild dry skin may not cause any redness at all, but it’s with more severe dry skin that some redness can appear.

Eczema is a dry, inflammatory skin condition. If you have eczema your skin may not produce as much fat and oils as normal skin, which means it doesn’t trap moisture as effectively. There are different types of eczema, many of which have red skin as a symptom. These include:

Skin infections can be caused by fungi and yeasts, bacteria and viruses. Obviously, there are many, many different organisms that can cause problems but some of the more common skin infections are:

The most common type of psoriasis is plaque psoriasis, where there are pink-red patches of skin covered in silver-white scales – particularly on the limbs, trunk and scalp. Psoriasis develops when the rate at which our skin cells are renewed happens much faster than normal. There are times when psoriasis can flare up and your skin is more irritated than usual – for example after an infection, from exposure to intense sunlight or because of stress.

Rosacea is an incurable skin problem that affects people with fair skin, usually between the ages of 40 and 60. Although you’re more likely to develop the condition if you’re a woman, men tend to have worse symptoms. Rosacea usually affects the face and the first sign can be that you blush more easily than normal. Over time, your cheeks, chin, forehead and nose change colour to become a darker red. You’ll also notice the blood vessels in these areas become dilated and your skin develops pustules and bumps, which looks like acne. Some people find the skin around their eyes also becomes swollen or their nose gets enlarged – more commonly in men. It’s not really known what causes rosacea but it could be a mix of environmental factors, genetics and your immune system.

Urticaria, also known as nettle rash or hives, tends to affect people between the ages of 20 and 40 and is more common in women. It happens when chemicals, such as histamine, are released in the skin – causing a red, raised itchy rash. Urticaria can occur after a viral infection, particularly in children. It can also develop if you have an allergic reaction to food – for example peanuts, shellfish, milk and eggs – or insect bites, medicines like penicillin, and latex. For some people, it can just be triggered by coming into contact with sunlight, cold, heat or water.

Although there are many things that can make our skin go red – from what we eat and what we wear to our lifestyle – it might take some time figuring out the specific cause in each case.

Allergens and irritants can cause red skin reactions. House-dust mites, pollen, pet dander, perfume, cosmetics, hair dyes, metals such as nickel, medicines and plants can all be common culprits.

Soaps and cleansers are detergents which can remove vital water and fats from our skin, making the skin barrier less robust. If you have dry skin, eczema, contact dermatitis or rosacea, cleansers can irritate your skin, making it worse.

Some people with eczema or rosacea can find that sweating makes their condition worse. That’s because as we sweat, we lose water from the skin and sodium in our sweat can irritate the skin surface.

Some foods can cause urticaria and irritant contact dermatitis, causing redness. Others can make rosacea worse.

Avoid foods that trigger a reaction as much as possible – you might find it helpful to keep a food diary to help you identify the culprit
If you have rosacea, alcohol, hot drinks and spicy foods can be particularly irritable for your skin
Wear cotton-lined gloves and wash with soap substitute before and after food preparation.

Our body’s natural response to stress is to release certain chemicals to help it cope. However, these can have a negative effect on our skin – making dry skin, eczema, psoriasis and rosacea worse.

Anything that reduces humidity – such as air conditioning, central heating or wood burners – can make your skin dry, leading to redness. As a result, dry skin, eczema and psoriasis are worse in the winter.

How to manage red skin

Finding out what’s causing your red skin can help you manage it better. There’s a big difference between treating eczema and treating a fungal infection, for example. There are many different treatments available that can help ease red skin depending on the cause.

If dry skin, eczema, contact dermatitis or psoriasis are the underlying cause of your redness, then using an emollient regularly can help. Emollients are moisturisers which should be applied often everyday – at least twice a day. Always use generous amounts, even when you feel your skin doesn’t need them. However, always read and follow the instructions on the emollient you are about to use, unless told to otherwise by your doctor.

Washing with an emollient or soap substitute is also recommended as regular soaps and cleansers can irritate the skin and cause further dryness. Emollients don’t foam up like soaps, but they still work to get you clean. If you’re having a bath, you can also add emollient bath oils.

Mild steroid creams and ointments can be bought from your pharmacy to help relieve contact dermatitis and mild-to-moderate eczema – helping to reduce redness. These types of creams can also help with insect bites and ​certain forms of allergies; please always read the label to ensure you are using the steroid product correctly and for the right thing. If in doubt, talk to a healthcare practitioner.

It’s important to know that majority of steroid creams are applied very differently to emollients:

If your redness is still there after a week, see your doctor as you may need a different treatment.

Antihistamines can be used to help relieve certain conditions such as atopic eczema, contact dermatitis and urticaria. Ask your pharmacist or doctor for advice on taking an antihistamine that’s right for you.

Antifungal creams and ointments are available to treat athlete’s foot and ringworm. Some also contain a mild steroid to help reduce any inflammation. Consult with your pharmacist before use to ensure the product is correct for your situation.

Speak to your doctor or pharmacist if:

Self-care can include avoiding triggers, using emollients daily to manage dry skin and taking care with your lifestyle choices.

Buy E45 from our retailers or online 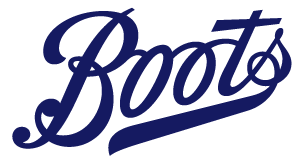